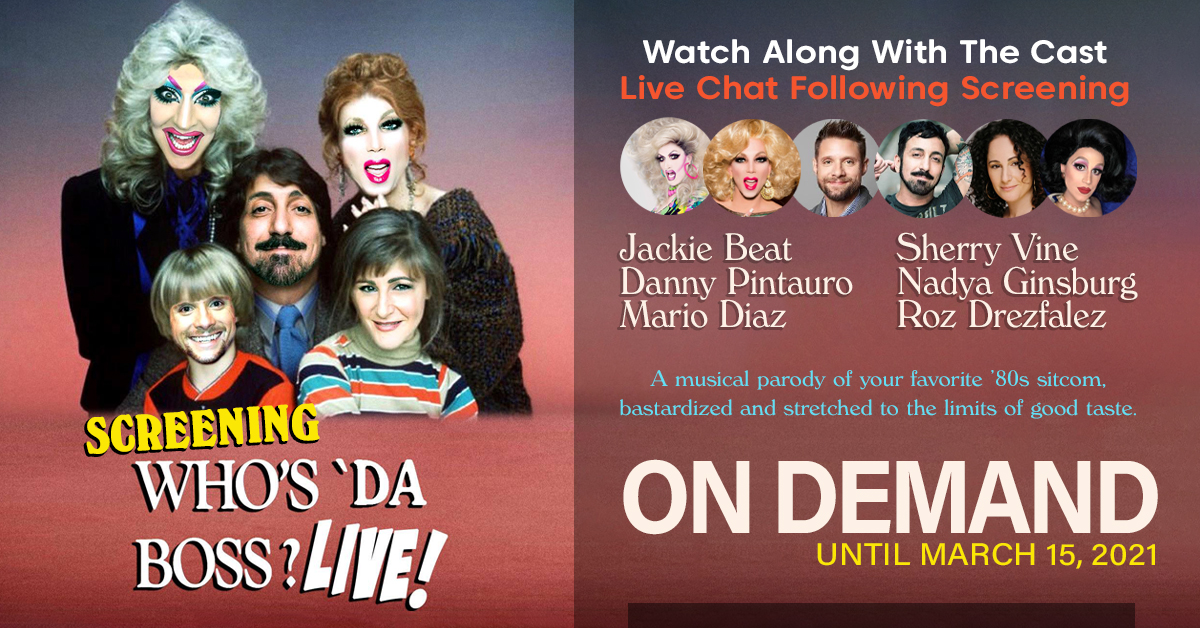 THIS EVENT HAS ENDED

Yep, this is really happening! America's favorite blended family - a sassy single mom with her sissy young son & his sexy grandmother all living under one shabby chic roof with their hunky Italian housekeeper and his wise-crackin' tomboy daughter - is being given a loving but twisted new spin LIVE on stage... And guess what? It's a MUSICAL to boot! And as if that wasn't enough, it will be followed by a LIVE Chat/Q&A with the cast!

From the scenery-chewing weirdos who brought you The Golden Girlz Live, it's another hilarious show we were lucky enough to capture forever on video! Thank goodness little Jonathan didn't record an episode of Solid Gold over it!

Please note that this is an affectionate parody of your favorite '80s sitcom, bastardized and stretched to the limits of good taste. Enjoy this not-so-family-friendly fun INSPIRED BY THE ORIGINAL, not a carbon copy! Dance numbers, stupid songs, sexual innuendo & Pringles... This show has it all!

Once you purchase your ticket, you will get an email and text message with your link to watch at showtime